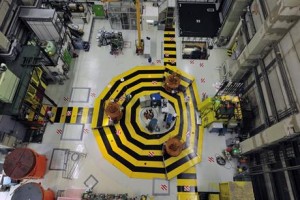 Many system codes have been initially developed in order to calculate safety analysis transients in pressurised water reactors. They have been largely validated for water applications on separate effect tests (for instance on the UPTF or PERICLES facilities for the CATHARE code) and integral effect tests (for example BETHSY or LOFT facilities) over the last decades.

These system codes also allow doing calculations on other applications, especially related to liquid metals with the development of sodium-cooled and lead-cooled fast reactors. The need of validating these liquid metal applications quickly appeared, since they exhibit several differences compared to water applications: different correlations (such as for heat exchanges), different physic phenomenology (with the presence of 3D effects into the large pools for example), etc. The system codes might encounter some difficulties when calculating these 3D effects: this is why the interest of coupling system and CFD codes appeared.

PHENIX is a French sodium-cooled fast-neutron reactor commissioned in 1973 and stopped in 2009. A final test series called ‘End of Life tests’ were performed on the reactor in 2009, including the Natural Convection test and the Dissymmetric test. These experimental results are of prime importance for code validation because they provide integral data at the scale of an industrial reactor.

The Natural Convection test has already been studied in the European project THINS. In SESAME, the Dissymmetric test was chosen for the validation on the liquid metal applications. The transient consists in tripping one of the two secondary pumps: this creates a dissymmetric hot shock in the cold pool of the primary circuit, which remains in forced convection during the test.

This test is particularly interesting for validating system/CFD coupled codes, with the dissymmetric behaviour of the reactor and the accompanying 3D effects in the large sodium volumes of the primary circuit.

CEA is in charge of providing data to the participants. The data package for the blind calculation has been made available on the SESAME collaborative platform at the beginning of 2016. It contains:

After code to code comparison in the frame of the blind calculation phase, the experimental data will be provided at Month 27 in the project. 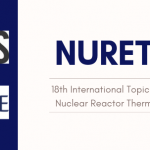 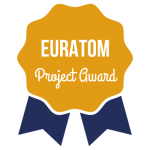 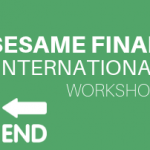