INTERACTIONS WITH THE MYRTE PROJECT

INTERACTIONS WITH THE MYRTE PROJECT

The SESAME project began in 2015. The day prior to the kick-off of the SESAME project, the European collaborative project MYRTE (MYRRHA Research and Transmutation Endeavour – http://myrte.sckcen.be) had its kick-off meeting.The goal of MYRTE is to perform research that supports the development of the MYRRHA (Multi-Purpose Hybrid Research Reactor for High-Tech Applications) research facility, which aims to demonstrate the feasibility of high-level nuclear waste transmutation at industrial scale. Numerical studies and experimental facilities are defined to achieve the goal of MYRTE.

The MYRTE project consists of various work packages. One of the largest work packages deals with thermal hydraulics and is coordinated by NRG in collaboration with SCK·CEN. As almost all partners in this work package of MYRTE also participate in SESAME, it was decided from the start to organise the SESAME and MYRTE thermal-hydraulics work package progress meetings jointly avoiding colleagues to travel twice. Apart from that, also content wise there is synergy between the two projects.

Within both projects the need for an advanced engineering model to simulate the turbulent heat flux in liquid metals has been recognized. As for this purpose, new experimental and high resolution CFD reference data was needed, both projects foresee in the production of complimentary data allowing further development of engineering approaches. The main partners involved in model development in both projects are NRG from the Netherlands, and SCK·CEN, UCL, and VKI from Belgium. 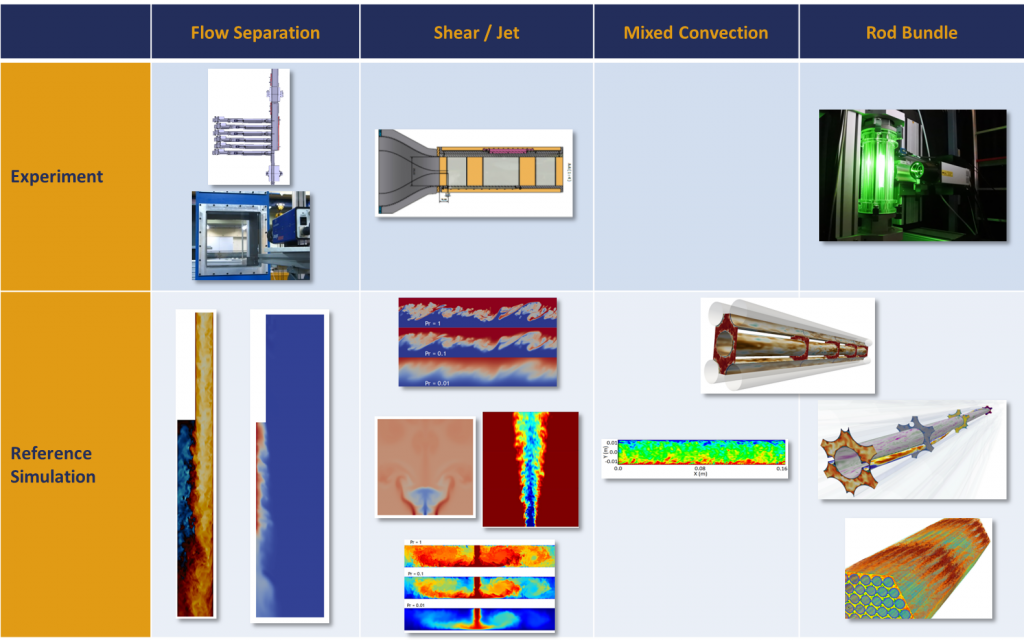 Fuel assemblies cooled by liquid metal might risk vibration issues. The SESAME project addresses this challenge by the performance of a detailed experiment in water at the TU Delft in the Netherlands which should provide validation data for coupled CFD-FEM simulation approaches. On the other hand, the MYRTE project encompasses a full scale MYRRHA fuel assembly experiment at SCK·CEN in Belgium which will allow to identify in practise the potential risk of vibrations. This experiment might not provide validation data to numerical approaches. Nevertheless, also within the MYRTE project, numerical approaches are being developed. In both projects, the University of Gent in Belgium and NRG in the Netherlands collaborate on the development of numerical approaches.

The complex behaviour of a fast reactor cooling and safety system needs a lot of validation experiments and development of validation approaches at various scales. Therefore, both projects are extracting complimentary new validation data from the French Phénix reactor, the Belgian ESCAPE facility, the Italian CIRCE and NACIE facilities, and the Swedish TALL facility. These data are being used by many partners in both projects to improve modelling approaches using system thermal hydraulic codes, CFD codes, and multi-scale coupled system thermal hydraulic and CFD code approaches. Simulation results are compared to experimental data, but also shared between different codes and users to identify best practises. 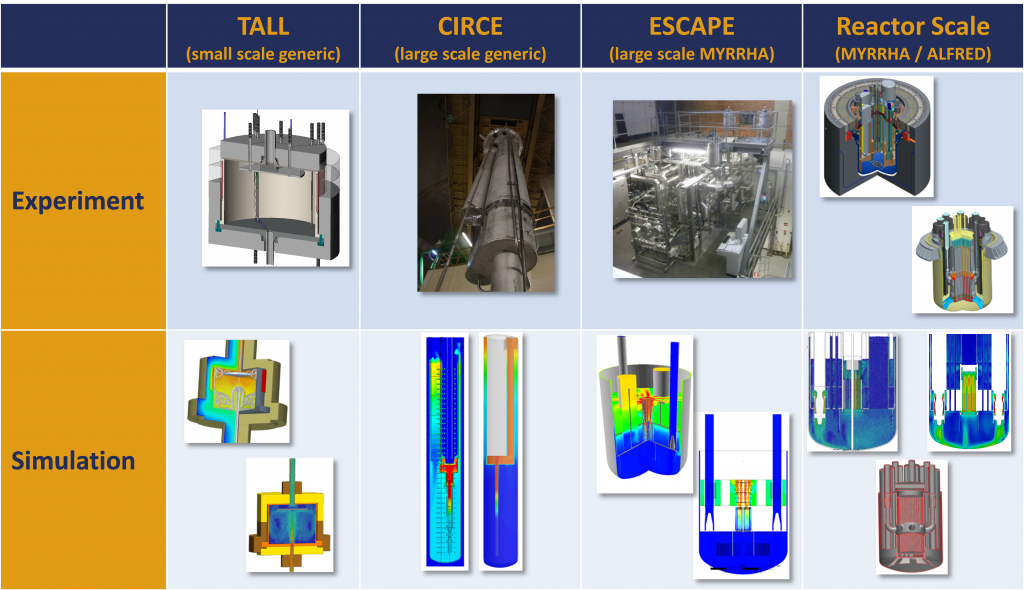 Finally, the collaboration between the two projects has also resulted in a number of common publications, not only at the highest level describing the European efforts in liquid metal thermal hydraulics, but also at the level of actual work that is performed combining the efforts in the two projects. A good example of how proper combination of European efforts maximizes the impact of both projects!